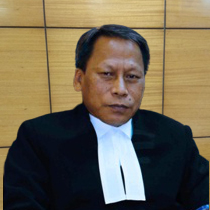 Hon'ble Mr. Justice Songkhupchung Serto
Born on 1st March, 1961 at Sagang Village, Churachandpur District, Manipur. Completed graduation from St. Anthony's College, Shillong (NEHU) and obtained LL.B. Degree from Law Faculty, Delhi University. Enrolled as an Advocate in 20.02.1986 and joined Manipur Judicial Service, Grade III on 16.05.1992 after practicing Law for more than 6 years at Bar. Promoted to MJS Grade II on 10.12.1997. Served at all the Districts of Manipur, except Chandel and Bishnupur. Deputed to Imphal Bench of the Gauhati High Court as Deputy Registrar (Judicial) on 29.09.2011. Appointed as Registrar of the same Bench on 19.03.2012 after promotion to MJS Grade I. Appointed as the first Registrar General of the High Court of Manipur on 25.07.2013 after the High Court of Manipur came into existence and when the post of Registrar General was sanctioned. Elevated as Additional Judge of High Court of Manipur on 14th March, 2016. Transferred to Gauhati High Court and took oath as Additional Judge, Gauhati High Court on 3rd October, 2016. 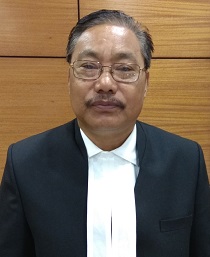 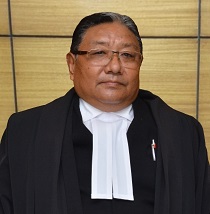